Very simply, this song is Summer. When I hear this song (recently released by excellent band Lovedrug), I think of bathing suits, jean shorts, sunscreen, driving with windows open and happy sunburns. It’s a little reminiscent of old Dashboard Confessional, do you think? Be young, be happy, and now I’m counting the days down until beach days are back again.

I was a freshman in college right around the time that John Mayer went batshit insane and lost his mind, telling everyone in the media every single detail of his sex life and beyond. Even among close friends, there comes a time when that kind of oversharing becomes uncomfortable and suddenly one of you has to yell, “Oh my god, whateveryourfriendsnameis. THIS ISN’T SEX AND THE CITY. WE HAVE OTHER THINGS GOING ON. WE. DON’T. CARE.” Fortunately, that time eventually came for John Mayer, and he kind of faded into the distance. Did this complete breakdown make me stop listening to his music? No. His cover of my absolute favorite song of all time, “Free Falling” haunts me. So I was actually so happy to see that he’s been using this break from being the most famous jerk in existence to make beautiful music. This is just one of those songs that makes me want to be slow dancing barefoot with someone. That’s so weird, but it’s totally true. Anyway, I really do hope his shadow days are over and he goes back to writing songs that are soulful and metaphors for my life.

I (do not) secretly love the Sh*t People Say videos, and this one was excellent for a number of reasons. 1) It is (as most of them are) SO TRUE. 2) So hilarious. 3) Who’s the guy?! I’m serious. Someone tell me who he is. HE is standalone excellent.

This video shows the things that guys- excuse me, STRAIGHT guys- never say and was, of course, dead on. Guys DO never ask for directions! They NEVER ask if you want to be be Facebook official! Your dad DIDN’T actually like him! (Hint on that one: Your dad never will like or respect any guy. And he will remember them all. Especially the one who said he taught himself how to play the banjo. Because that is a thing dads do.)

PS: The day that some guy says “Let’s Go Dancing!” will be the day I marry that guy. …Or discover that they also like guys.

I tend to enjoy the Con Bro Chill band musical stylings, and this is no exception. Now I am Power Happy. 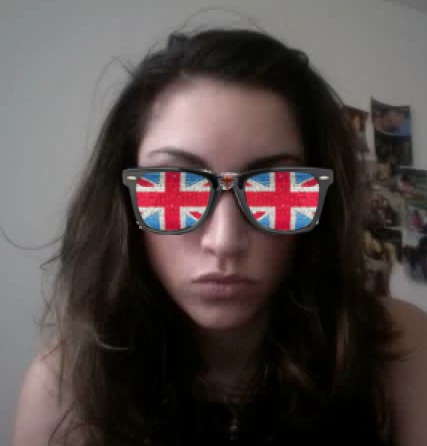 For the next couple of months, I’ll be coming to you live from London. Don’t worry, my blonde counterpart Rachel will be with me, If anything awesome if happening in America or anywhere else that I should know about, plz alert me either on the Facebook page (which I hope you all ‘like’) or on Twitter. Look out for updates overseas, and while I’m gone be sure to Keep Calm and Carry On. 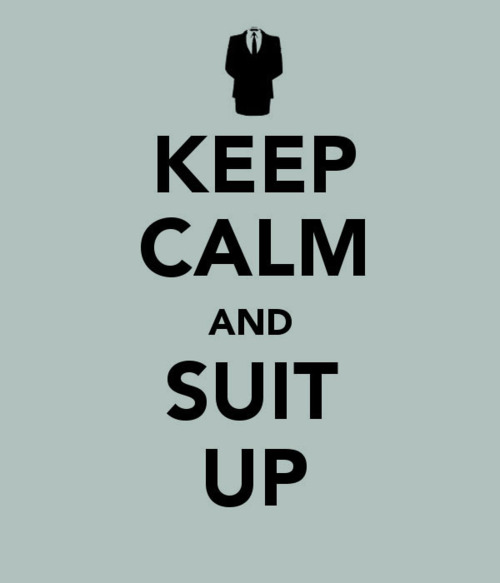 Also this, because it’s funny and 100% how I’m going to react to English accents being all over the place:

Lana Del Ray is blowing up, just as she should. The “Born to Die” video was a revelation, one of the few music videos I’ll actually watch the whole way through. I can’t wait for her entire new album, “Born To Die” (a phrase my ADD brain usually never says), and a new single leaked the other day that is an actual jam. “National Anthem” is a sexy, guitar stacked, modern answer to “Material Girl”. It seems a little more like a summer song, but I can still dig it for these winter months. Easy to sing along to, and while it’s slow, it will still be a party staple. Just wait till the electro DJs get their hands on this. So go ‘head, rock out to this one in your jammies, or whatever.

The best summary of Kanye’s Twitter frenzy I have seen. Period. 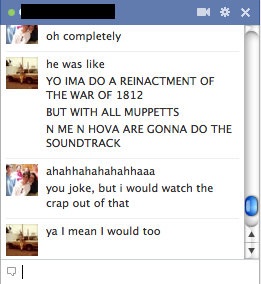 If you wouldn’t watch that: you are a lying liar.

If you need a new song to get you pumped up, this new song by wallpaper should do the trick. Do I know anything about Griffin’s stats in the NBA? No. I know he dunked over a car, and that completely exhausts my knowledge of his skillz on the court.The blogs are upset over the inaccuracies of the song, since Blake Griffin only averages 1-2 blocks a game, but I think they’re forgetting that this is a song, not his autobiography. I’ve liked Griffin for a while, especially during his short Funny or Die “internship” during the lockout. He is surprisingly funny! Listen to this song, and someone out there, please please please create the dance move that will be called “Griffinin'”

This should explain why I don’t make New Years Resolutions. 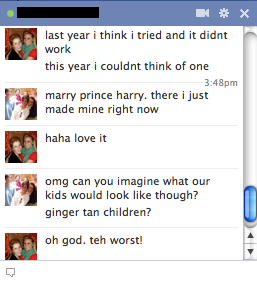 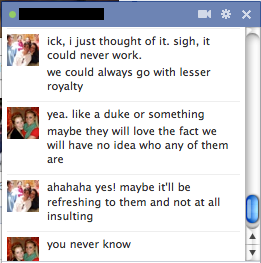 New kind of music post on the site: Jammy Jams. Songs you’re dancing around in your jammies to.

NEWEST JAMMY JAM! “Big Lights” by Sammy Adams. My love for him extends a couple of years back. I did an interview with him like 2 years ago (right after “Driving Me Crazy” came out) which went terribly wrong for 2 reasons. First reason, it was 4/20, something I did not forsee affecting an interview. Second: I was the worst interviewer ever. It was a complete disaster, one of the first interviews I’ve ever done. I was about one awkward pause away from asking him his favorite color. It’s somewhere on College Candy if you care to search for it.

Moving on: Sam Adams released his pre-album December 31st, and while there were many songs that are Jammy Jams material, “Big Lights” stood out, because it’s a party song with a sound electronic pulse. I personally life it when he sings on a track, not just rapping, but that’s just me. I also have “Driving Me Crazy” as my ringtone still, so take with that what you will. Ladies and gents, I present: “Big Lights”